Cast Iron Apple Spice Skillet Cake is the perfect fall dessert! It’s quick and easy to make, needing only five ingredients, including a box of cake mix. This cake is baked in a cast iron skillet for an extra rustic touch and fun way to serve your dessert. 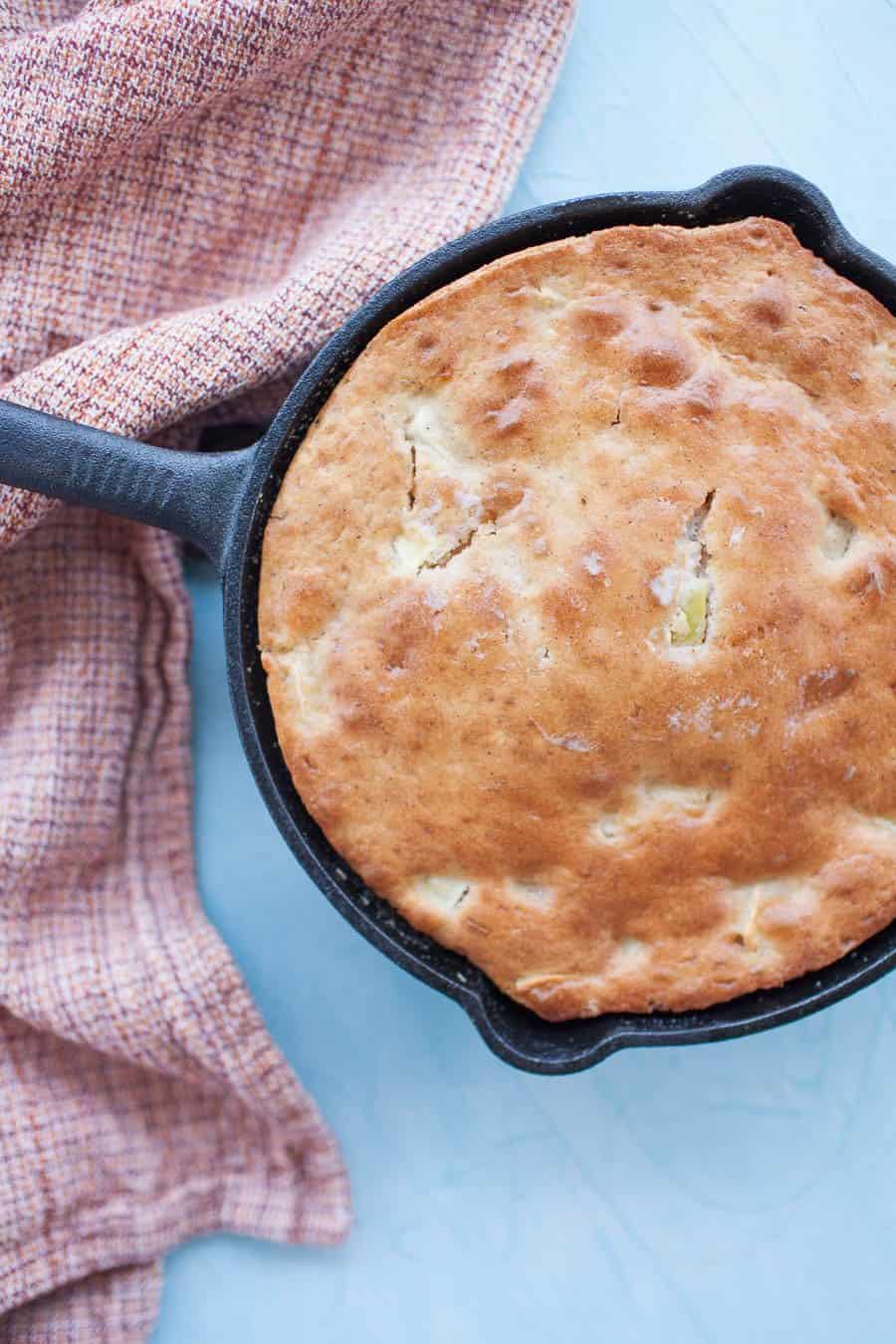 A few years ago, my mom threw me a fall themed baby shower. At the party, we served a lot of fall favorites including one of the easiest recipes?ever for apple spice cupcakes. It was a recipe we came up with on a whim and we were lucky it worked!

As this fall season rolled around, I could wait to try to make a new version of this cake. I discovered the fun in making cast iron skillet cakes when I made this pineapple upside down skillet cake a few summers ago. Baking cakes in cast iron skillets is such a fun and rustic way to not only bake cakes but also to serve them. 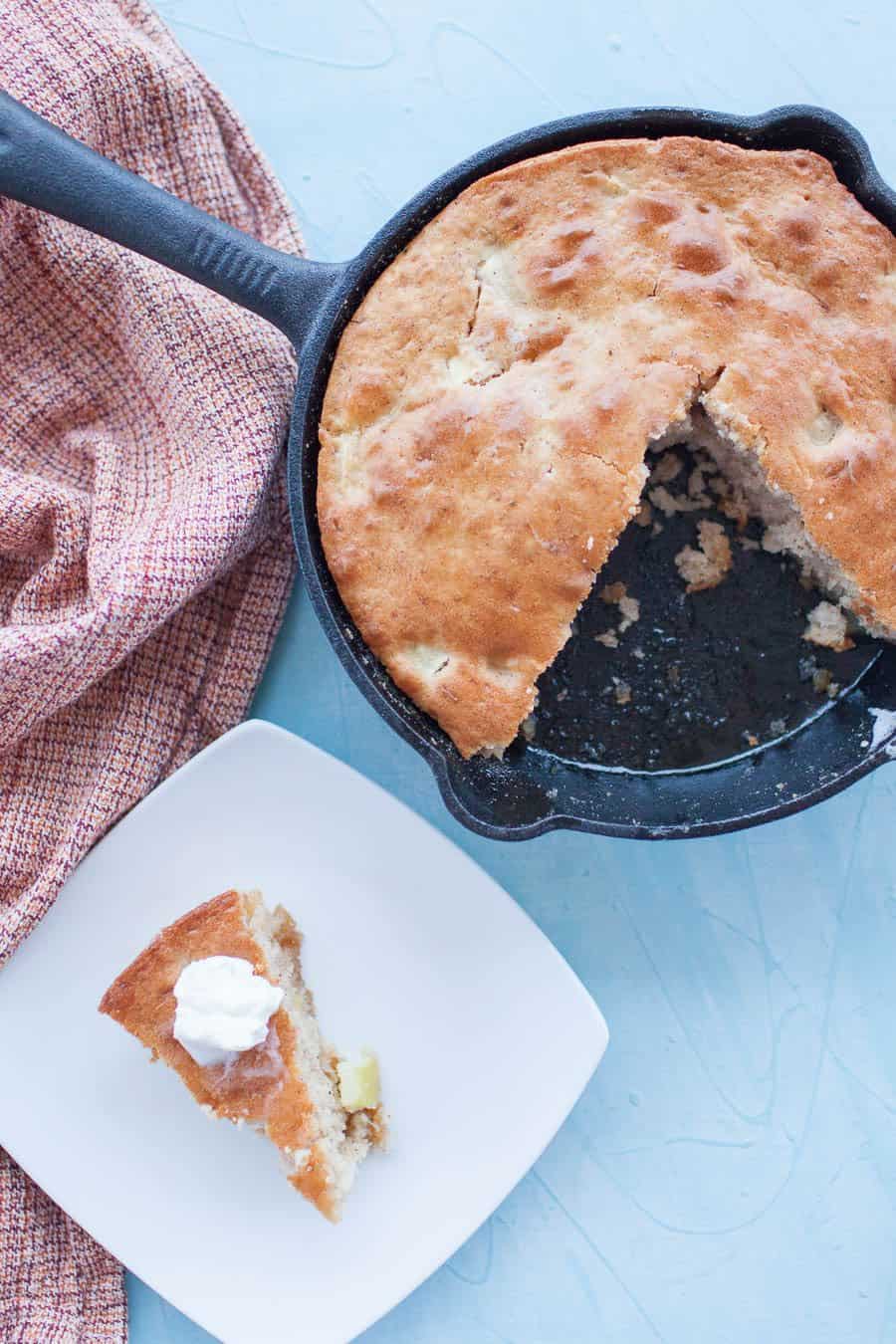 This cast iron apple spice skillet cake was a natural choice for a quick after dinner dessert. It’s also super easy to make and share when having friends over or even for a party. Presenting a cake in a skillet will take people by surprise and make for a fun conversation topic for a while.

What I love most about this cake actually isn’t how it looks or even how it tastes. It’s how simple it is. Simple as in FIVE ingredients. Yep. You read that right. See, the beauty of this recipe is that it uses a cake mix for the base of the apple spice cake. I’m all about homemade desserts from scratch but in a pinch this recipe is ideal for a quick and easy dessert. 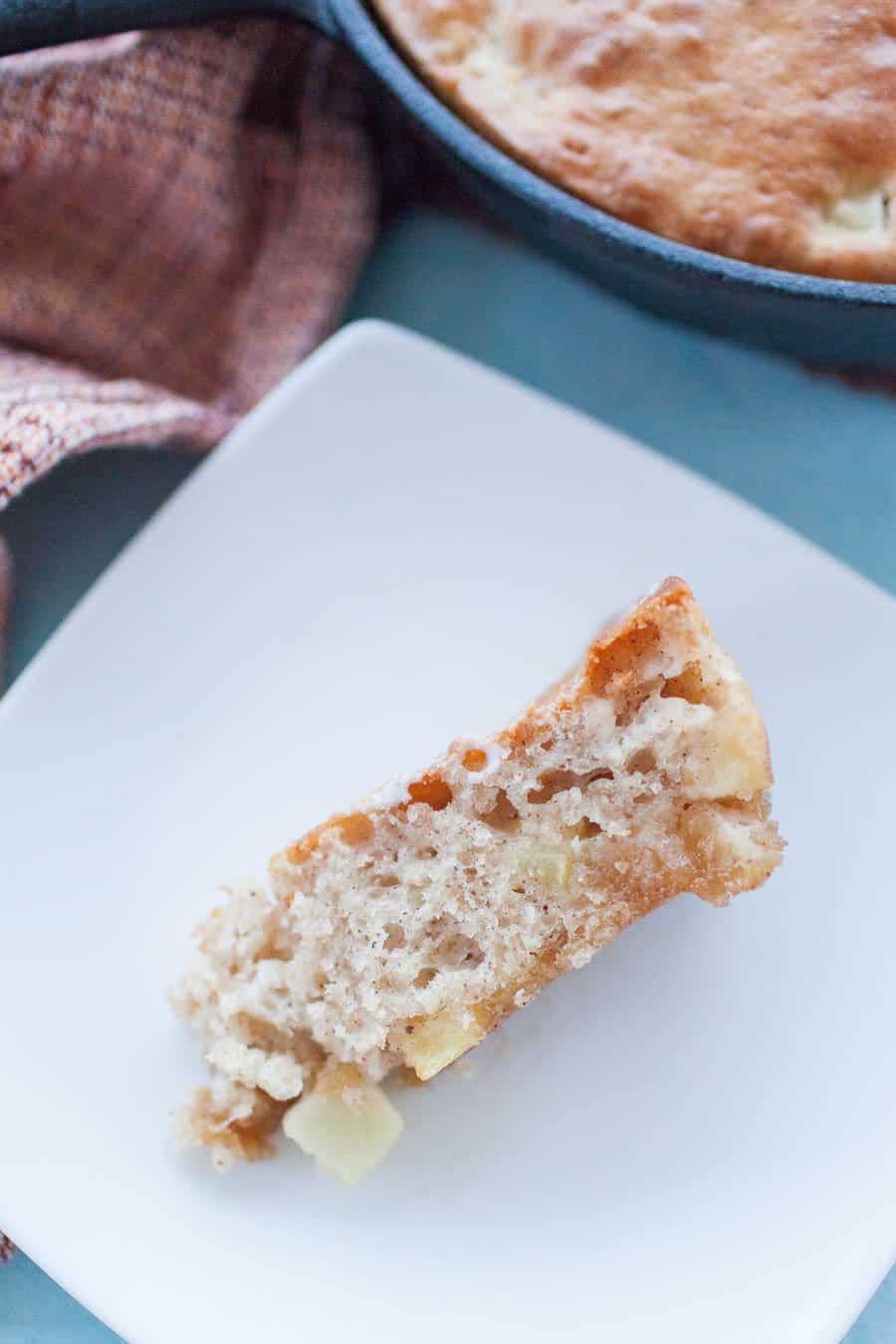 When I was making this recipe, I made a last minute decision to take an idea from the pineapple upside down skillet cake and put brown sugar and butter on the bottom of the pan. It ended up being an incredible experiment that worked. Now I’ll request brown sugar bottoms on all of my cakes in the future 😉

How do you make a cake in a cast iron skillet?

You make a cake in a cast iron just like a regular cake! Mix up cake mix according to instructions, pour into pan and bake at 350? for 25 minutes or until cake is golden brown.

How do you clean a cast iron skillet?

Cleaning a cast iron skillet is easy, just wash with a sponge and soap. If food is stuck to pan or difficult to get off, use a pan scraper or you can also pour coarse salt into pan and use a sponge to

What does it mean to season a cast iron skillet?

Why do you need to season a cast iron skillet?

The surface of a cast iron is rough, which would make it hard to cook foods on. So by preparing it for cooking, we are adding oil to the pan and essentially trapping the oil on top of the bumpy surface. This allows food to cook without sticking or getting trapped in the rough surface of the skillet.

How do you season a cast iron skillet?

Start by pouring 1/2 cup of salt into the pan and use a paper towel to rub the salt all over the pan. This will remove dust and impurities from the pan and get it primed for seasoning. Then rinse the pan off in the sink and dry it off with a towel or by putting it on the stove over low heat.

Pour vegetable oil into the pan and use a paper towel to cover the surface completely. Place in oven at 450? for 30 minutes. Then allow to cool.

Here are a few tips for cast iron skillet care:

What tools do I need to make a?Cast Iron Apple Spice Skillet Cake?

If you make this recipe or are wanting to, leave a comment or rating below and let me know! I’d love to hear from you!

Cast Iron Apple Skillet Cake is the perfect fall dessert! It’s quick and easy to make, needing only five ingredients, including a box of cake mix. This cake is baked in a cast iron skillet for an extra rustic touch and fun way to serve your dessert.

You can also skip the butter and brown sugar lining and make these into cupcakes instead. Cooking time may vary.

438shares
Subscribe for the latest blog posts and tips to help you grow more confident in the kitchen! 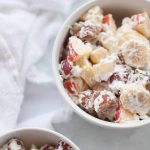 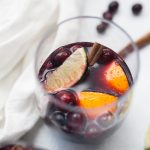 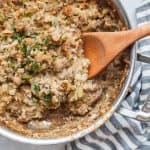 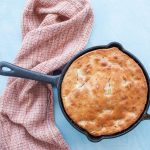