Would you believe that I’ve been crazy enough to move cross country?twice in three years? That doesn’t, of course, count the college summers that I had to drive back and forth between North Carolina and New Mexico. Because of those two big moves, I like to think of myself as a bit of a pro and I also like to think that I’ll never move again. Hopefully I won’t move cross country again, but if I do, I’ll be prepared. If you’re making a move further than a day’s drive away, I have some tips that just may help make your move a bit easier and help you survive it. We decided that we were moving in the middle of March and moved two months later. It wasn’t a lot of time, but it was enough time for us to have time to plan things out. Things to think about:

-Is your moving date flexible? This isn’t always an option if you’re moving through an employer or moving to meet a start date at a new job. For us, our move date had to be after Steven’s graduation and a wedding we were both in, but otherwise was flexible.

-If your move is flexible, what’s the best time to move? Because we were moving to Phoenix and while I’m pregnant, we knew timing was really important. We weren’t in any huge rush to make the move right after graduation, but with temperatures hitting the 100’s in May, we knew we wanted to make the move as soon as possible. The more pregnant I got, the less fun moving in the heat would be. Our first day in Arizona was actually the first day in the 100’s, so we made the right choice.

Having done the drive from North Carolina to New Mexico many times, we decided to skip the usual I-40 the whole way route. Instead, we went south to Atlanta first and then ended up back on I-40 for the rest of the trip. This little detour didn’t add more than an extra hour to our trip, so it was well worth it to see friends and a change of scenery. If you have friends who live in different areas of the country, see if you can stay with them or at least meet them for a meal. It’ll be a nice break in the monotony of the trip and can help keep your costs down during the trip!

There are a lot of ways to move all of your things across the country. We did the move ourselves with a U-Haul thing when we moved to NC the first time, so this time we opted to hire a moving company. The costs were comparable and it was such a great choice for us! See what options are available to you and choose what’s best for your situation.

This one is huge. Because we hired a moving company, we paid per pound to ship our things. This made us really think about what we needed to keep. For example, we knew we were moving into a fully furnished house with my parents and that when we got our own place we’d want a new couch. So it just made sense to sell our old couch before moving. It was one less thing to move and because it was a bulk furniture option, it saved us in the end. Moving is a great time to get rid of things that are broken, unused, or duplicates. Whether you’re moving yourself or hiring someone, you’ll be thankful you got rid of excess before packing or unpacking.

Long drives can be extremely exhausting. I’ve always preferred not having specific destinations in mind for a big trip like ours so that we could drive until we were tired and stay in the closest city. If you’re planning to stop in specific places, make sure not to push yourself and drive more than 6-8 hours. Our first big day of driving ended up being about 13 hours, but because it was our first day it wasn’t bad at all. We fully knew though that there was a chance we’d have to stop earlier than planned because of the long distance. Let yourselves stop for lunch or take a long break at a rest stop in order to rest and recover from the drive.

If you’ve moved a far distance, what tips do you have to make the move easier? 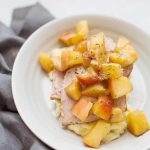 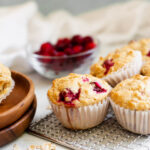 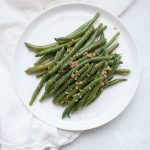 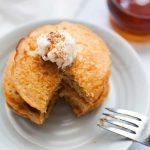