When we took our premarital counseling, we spent a lot of time focusing on one specific topic. Marriage was an obvious one, but even more importantly we talked about divorce. Sounds lighthearted right? I think so many newlywed or newly engaged couples try to avoid the D word. It’s scary, yes, but it’s a realism in our society. Which is exactly why it shouldn’t be something we skirt around.

Probably the most influential conversation we had in our marriage counseling was about divorce, in fact. Our counselors asked us to think and pray over one simple question. Is there anything that could make you say, “I’m done, I want a divorce.” It’s a hard question to face when you’re a few months or weeks away from marriage. But it’s an important one.

I’m not a marriage counselor. If a thought came to mind, I urge you to take that up with God and/or?even with a counselor. I’m not qualified to speak on that matter specifically, but I can repeat what we were taught:?if you?decide on something that can break your marriage, the devil will do everything in his power to make that become a reality. Instead of letting that become a reality, it’s vital to set guard rails in your marriage. Not even just for those “end all” moments, but in general. Setting goals and guard rails are essential to a lasting and?healthy marriage.

[Tweet “Setting goals and guard rails are essential to a lasting and healthy marriage. @madisonlynn35”]

So what kind of guard rails am I talking about? There are lots of examples. A few for our marriage are:

-Not riding in a car alone with a member of the opposite sex.
-Not watching television that has inappropriate sexual scenes.
-Always keeping a 100% transparency and honesty policy.
-Being open about sex and not withholding it from one another (1 Corinthians 7:5)
-Not treating one another disrespectfully (including teasing or nagging often)

These are just some examples, but they are things that guard our hearts from things like infidelity, sexual fantasy and temptation, dishonesty and hurt. All of these problems could worsen and cause deep hurt and problems within a marriage. It’s much easier to heal a tiny scratch than a gaping wound. Setting guardrails in marriage helps to put up blockages in front of huge areas of temptation and possibilities dishonoring your spouse.

There have been a few times within our marriage that we’ve come across little issues. They were examples of things many couples wouldn’t have even blinked at. Simple things like riding to an event with a close mutual friend of the opposite sex or being seen in public with someone of the opposite sex that could be taken in the wrong way. These things weren’t “big” issues, but because of our guard rails, neither situation sat right within our conscious. While it may seem odd to set such strange boundaries to other people, I am beyond thankful for a husband who feels deeply convicted of things before “anything really happens.” I pray that both of us continue to have that voice inside of us telling us to keep our guard up and protect our marriage from any outside temptation.

If you haven’t set guard rails within your marriage, I would encourage you to sit down with your spouse and even a pastor or counselor and discuss some healthy ways to set boundaries within your marriage. Pray with each other about what that would look like! It may start by having a hard conversation of what your answer to the divorce question is. Whatever act could tear your marriage apart is exactly the act you should be guarding yourselves from and taking measures that may seem extreme to prevent that from happening.

How have you set guard rails in your marriage or realized their importance? 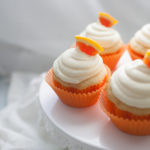 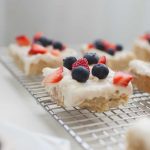 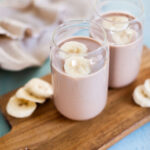 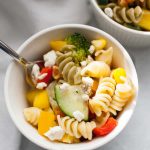